The Ladder Safety Rest is now in production. The patented device makes ladder use safer for residential and commercial roofers, building contractors and do-it-yourselfers. It also protects the roof from damage commonly caused by ladder use.

“The Ladder Safety Rest weighs only 11 pounds,” said Terry Brown, president of the company, “but it will save lives.” He explained that the device, which is made in America from the highest quality 300 flex steel, secures to the roof with a plate held by four screws. The ladder fits between the hand grips and is held in place with No. 1 safety chain, which has been tested for strength and durability. “This means that the ladder won’t slip from side to side, and it won’t collapse or slide down vertically,” he said.

In addition to protecting the user, Ladder Safety Rest protects the roof and prevents damage by keeping the weight of the ladder off shingles and gutters. The angle of the base plate to the ladder can be set to fit angled or flat roofs or even to attach to a vertical wall. 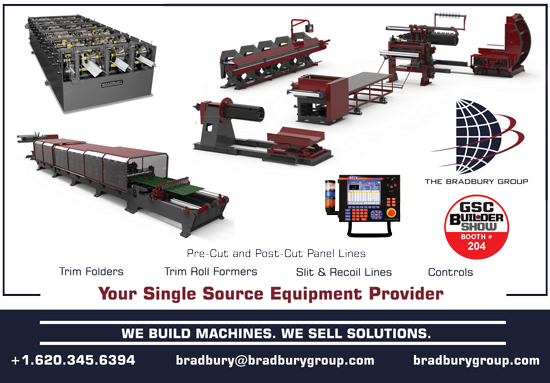 Brown’s passion to create the Ladder Safety Rest was the result of seeing, as a young boy, a worker die when his ladder slipped out from under him. “Nobody should die from a ladder fall,” Brown said. Throughout his career as a building contractor, Brown consistently sought a way to prevent such falls. He experimented with different designs until he arrived at the current tested design, for which he earned a U.S. patent in 2018.

Scenes from the inaugural Garage, Shed &...

Show Off Your Sheds In April